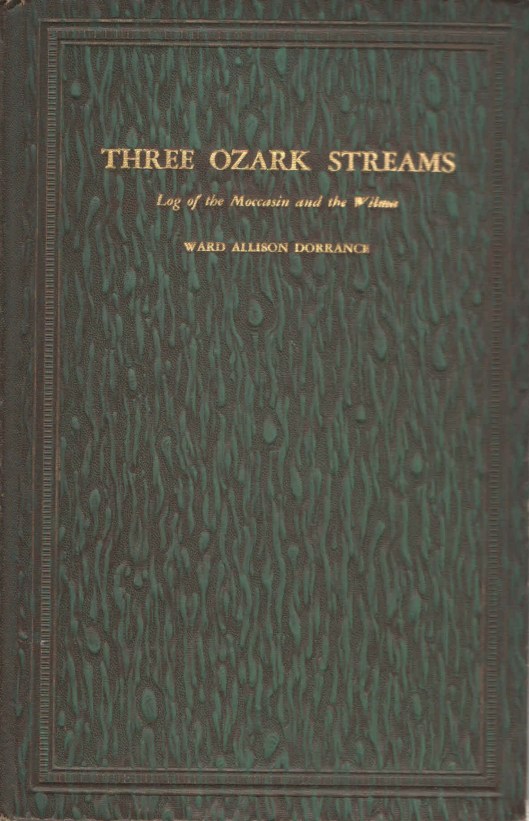 This is undoubtedly one of my most prized possessions – an original edition of Ward A. Dorrance’s Three Ozark Streams from 1937, describing his floats on the Black, Jacks Fork, and Current rivers.

Ward Dorrance was an important literary figure in Missouri during the first half of the twentieth century. A collection of short stories that he co-wrote was the first book published by the University of Missouri Press. He was on the faculty at Missouri until, in a shameful display of 1950s bigotry, he was hounded off the faculty and out of the state because of his sexual orientation. You won’t see anything about this disgraceful episode in the “Mizzou” alumni publications, that’s for sure – they go in for the warm nostalgia of Tiger football and the Shack. But Ward A. Dorrance is the true Missouri treasure, and it’s a sad thing that his work has been so neglected over the years.