I’ll admit to being an unabashed fan of “America the Beautiful” and a proponent of the idea that it should replace “The Star-Spangled Banner” as our national anthem.

It’s singable, for one thing. Ordinary people can carry the tune without having to strain, or resort to the kind of godawful screeching we sometimes hear nonmusical people engage in when they attempt the national anthem. For this we have to thank Samuel Ward, the composer, an experienced musician and organist for the Grace Episcopal Church in Newark, who clearly knew how to build a tune that could be managed by ordinary folks while still building drama. Sadly, Ward never got to experience the success of “America the Beautiful”; the tune he wrote in 1882 was not matched with the lyrics until 1910, seven years after his death. 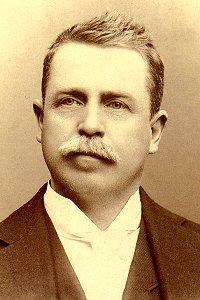 The poem that was to become known as “America the Beautiful” was written by Katharine Lee Bates, and it first appeared in The Congregationalist, a denominational magazine, in 1895 under the title “Pikes Peak.” It was written in the summer of 1893, after Bates, a professor of English at Wellesley College, had traveled by train to Colorado Springs for a summer teaching job and then ridden with friends to the top of Pikes Peak. On her train trip, Bates had stopped at the Columbian Exposition in Chicago (thus the “alabaster cities”) and had, of course, seen amber waves of grain and purple mountains’ majesty, among other things. The poem was reprinted in the Boston Evening Transcript in 1904, a music publisher matched it with Ward’s tune in 1910, and the rest is history. 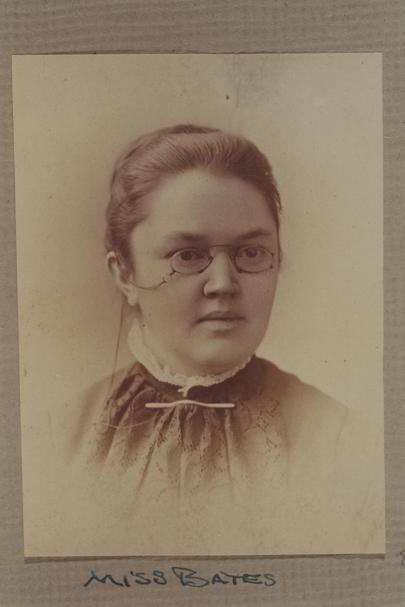 Bates kept reworking the poem after its initial publication, smoothing out lines and looking for better images (that fruited plain was initially an “enameled” plain, a line that truly goes “clunk” with that extra syllable squished in). But the essential structure of the four verses remained the same.

The first verse celebrates America’s beauty, and that’s the one we sing most often. But I think most of us are aware of the other verses, even if we can’t quite remember them. The second verse celebrates its founding ideals, the third verse honors its military heroes, and the fourth verse looks forward to the future. But what I especially like about this song is that none of those verses is unthinking or simply self-glorifying. Each of those ideals is presented in a moral framework. For example, in the second verse, the “pilgrim feet” that “a thoroughfare for freedom beat across the wilderness” are celebrated, but then Bates reminds us that freedom shouldn’t be unlimited: “Confirm thy soul in self-control, / Thy liberty in law.” And the military victories of the third verse are good as long as “all success be nobleness / And ev’ry gain divine” – in other words, for liberation and self-defense, not for glory or conquest.

“America the Beautiful” is a great patriotic song, proud but not boastful, celebratory but not unquestioning. There are a lot of great versions out there; many people like Ray Charles’ soul rendition, and although I’ve never been a huge Ray Charles fan, who am I to say they’re wrong? That’s America for you. 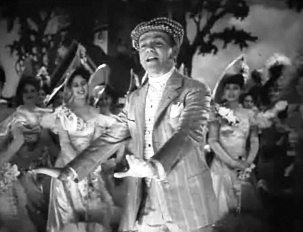 July 4 is about the only day most of us hear “The Yankee Doodle Boy,” which is more often called “Yankee Doodle Dandy,” and our hearing it comes mainly from the 1942 film Yankee Doodle Dandy, in which James Cagney portrays George M. Cohan, the song’s author. It’s not high art, this song, but it’s worth reviewing if for no other reason than the mythology it incorporates. And besides, it’s irresistibly catchy!

The song comes from a 1904 Broadway musical written by Cohan, Little Johnny Jones. Very loosely based on the exploits of Tod Sloan, one of the most famous jockeys of the day, the musical tells the story of an American jockey who rises to fame and then travels to England, where he rides a horse named Yankee Doodle to victory in the English Derby. Thus the line in which “Yankee Doodle came to London just to ride the ponies” makes sense within the musical although most of us scratch our heads over it nowadays. (In real life, sadly, Sloan’s venture in the Derby ended in tragedy, when his horse inexplicably pulled up, broke its leg, and had to be put down.)

Today we only hear the chorus, which is oddly repetitious, repeating “Yankee Doodle” six times. Here are the lyrics of the verses, taken from Wikipedia:

I’m the kid that’s all the candy,
I’m a Yankee Doodle Dandy,
I’m glad I am,
So’s Uncle Sam.
I’m a real live Yankee Doodle,
Made my name and fame and boodle,
Just like Mister Doodle did, by riding on a pony.
I love to listen to the Dixie strain,
I long to see the girl I left behind me;
That ain’t a josh,
She’s a Yankee, by gosh.
Oh, say can you see,
Anything about a Yankee that’s a phony?

Father’s name was Hezikiah,
Mother’s name was Ann Maria,
Yanks through and through.
Red, White and Blue
Father was so Yankee-hearted,
When the Spanish war was started,
He slipped on a uniform and hopped upon a pony.
My mother’s mother was a Yankee true,
My father’s father was a Yankee too:
That’s going some,
For the Yankees, by gum.
Oh, say can you see
Anything about my pedigree that’s phony?

In the first verse, Little Johnny Jones combines North and South; although he identifies as Southern by loving the strains of “Dixie,” his girl is a Yankee, i.e., a Northerner. In the second verse, he combines Jew and Gentile; his father’s name is distinctly Old Testament, while his mother’s “Ann Maria” is about as Catholic as they come. Thus Johnny Jones is a thoroughly mixed-blooded American, who travels to Old England to both charm and vanquish the stodgy Old-Worlders.

The somewhat naive braggadocio of Johnny Jones, who proclaims himself “all the candy” (that is, he’s hot stuff) lines up with American folk heroes from Paul Bunyan to Mike Fink to Muhammad Ali. But in identifying himself as the amalgam of geographies and cultures, he also reminds us of the American ideal of inclusiveness and incorporation. And the bouncy tune is as hummable as they come, like Cohan’s other great songs, such as “Harrigan,” “You’re a Grand Old Flag,” and “Over There.”

Here are links to my earlier appreciations of patriotic songs: “God Bless America,” “The Star-Spangled Banner,” and, less appreciatively, “God Bless the U.S.A.”