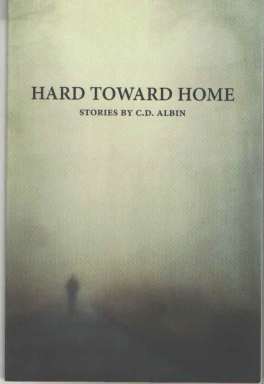 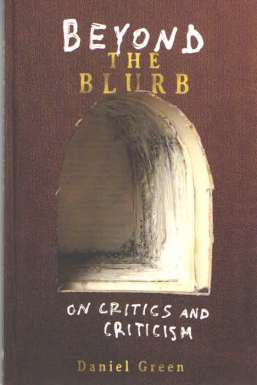 Looking back over the past year, I realize what a great year I had for reading. (I know, it’s already the end of February, but I’m still digesting work from 2016.) Two books that I read toward the end of the year were C.D. Albin’s excellent collection of short stories Hard Toward Home and Daniel Green’s literary critical essays in Beyond the Blurb.

The stories in Hard Toward Home are brief and rather jaggedly structured, with characters we often find mid-crisis and for whom the crisis remains unresolved at the end of the story. They’re mainly set in the Arkansas Ozarks, in the contemporary era, with a few excursions out. The stories are beautifully written, but what I like best about them is that they take characters often overlooked or stereotyped in rural fiction–the angry middle-aged male, the frustrated professional man’s wife, for example–and find depth and humanity in those people.

Many of the characters in Hard Toward Home are poor, or nearly so. Even those who are not poor are pushed by economic necessity. I appreciate this element of the stories; the contemporary short story has so often been taken over by characters whose concerns are more ethereal, and (in my view) thus often less interesting. Albin’s stories explore and humanize overlooked people, and to me that’s a great thing.

Daniel Green’s book does a wonderful job of surveying the current landscape in literary criticism and evaluating those who practice it. It’s not a book for the general reader (I confess, I don’t consider myself qualified to evaluate the book entirely, as I’m not familiar with some of the critics he discusses), but for the literary scholar it’s a valuable addition. Green writes with great precision, and in a  time when much literary analysis seems more interested in advancing a theoretical perspective than actually engaging with the work, it’s refreshing to read a book that returns the focus squarely onto the workings of the literary work. I read it in little bits, as it consists largely of a sequence of essays, and I tend to take my literary criticism in small doses.

Both are well worth reading!