Some days being a writer is just plain fun. That was the case on Tuesday, when I visited with some residents of the Bethesda Hawthorne Place assisted living facility in Oakland, Mo., just outside St. Louis. Their book group had been reading Slant of Light, and indeed to help some of the residents with reading difficulties some of the staff members had read the book aloud to them, chapter by chapter. So this was a well-informed bunch!

We had a delightful conversation that went on longer than I had expected, and we covered all kinds of topics, book-related and not. During a discussion of nineteenth-century utopian communities, one resident stepped out of the room. I thought she had just tired of the discussion, or perhaps needed to rest, but a few minutes later she came back with a magazine article on Nauvoo that she had been reminded of by the conversation. Some of the folks had memory issues, and others did not; but everyone got something out of the visit, especially myself.

I was reminded of how lucky I am to be a writer, and to have books that a wide variety of people can enjoy, and to have readers who are so engaged and attentive. And yes, they took me to task over certain plot twists that occur toward the end of the book, and which I will not go into here for fear of spoiling the story for future readers.

Those who underestimate old people do so to their own detriment.

The Missouri Arts Council‘s feature this month is on Missouri artists and the Civil War – painting, music, and spoken performance. I’m grateful to be the featured writer in this piece! Here’s the link.

And while I’m on the subject of writing about the Civil War in Missouri, let me shout out some other novels that everyone should read who’s interested in the subject:

Its sequel, soon to be published….The Teeth of the Souis

And a little older and for those who like their Missouri Civil War history with a supernatural horror twist…..A Fine Likeness, by Sean MacLachlan

Here’s a link to my recent interview on It Matters Radio. My portion of the show starts at about the 38-minute mark, but the guest before me is a record producer with several really good acts. So if you have the time, listen to the whole show! Some nice musicians on there. Thanks again to Monica and Ken.

Emory Styron of River Hills Traveler recently conducted an interview with me about Slant of Light, its origins and themes, the Ozarks in general, and I don’t know what else. We had a great time chatting, and I was delighted to find such a discerning reader and sympathetic listener. Here’s a link to the River Hills Traveler video interview.

May I just add that copies of the novel are available from their bookstore!

I’m headed to West Plains in a couple of weeks to talk at the Ozarks Studies Symposium sponsored by Missouri State University at West Plains. The program looks like a good one . . . some longtime Ozarks scholars whose names I recognize, and some new names I’m looking forward to getting to know. It’ll be nice to see my good friend Steve Yates again; he’ll be reading from his Juniper Prize-winning story collection Some Kinds of Love.

This event will be my first public reading from my new novel, This Old World. Up to now, only my publisher and a couple of agents have read it, along with an extremely small circle of loved ones. It’ll be interesting to figure out which passages work well with an audience. There’s an art to that — it took me a couple of readings from Slant of Light to learn which sections were engaging and easily comprehended in a spoken-word setting.

I’ll be reading again the following weekend at the Queen of the Prairies Arts Festival in Sedalia as part of a Spofest event. So if you’re near West Plains on the 20th or 21st, or near Sedalia on the 28th, come on over!

I’ve been invited by the Jefferson City Public Library (more properly, the Missouri River Regional Library) to talk about utopian communities in Missouri. If you live in the area, please join me! I’ll be signing books afterward, and will have them available for sale as well.

Over my career, I’ve taught thousands of students and used dozens of books in my classes. But it was a new experience for me to walk into a classroom and see all the students with my book! Dr. Anne Mack of the University of Missouri is using it in her English classes, and the students are discussing its literary themes as well as using it as a gateway to research about the Civil War, the Nineteenth Century, and other issues.

I found myself unable to answer many of the students’ questions. Why does Mattie Cunningham only have one arm? Why did Character X have to die in that chapter? I don’t know, it just felt right. I wasn’t trying to be evasive with them. It’s just that my creative process are very intuitive and instinctual, and I rarely have a logical reason for a lot of plot details other than “it felt right.” The story developments that have an analytical reason for being are often the weakest ones.

At the end of each class, I signed books for the students, and it was a particular pleasure to sign the ones that were heavily scribbled in, dog-eared, and festooned with sticky notes. There were a couple of suspiciously pristine copies, but oh well.

The Next Big Thing is a game of literary tag. On their blogs, writers answer a few questions about a work-in-progress, then tag other writers, who do the same, tagging more writers and more–forever. It’s like a chain letter, or a pyramid scheme for people without any money, often writers!

Steve Yates, author of Morkan’s Quarry, an excellent novel of Missouri in the Civil war, and the forthcoming Some Kinds of Love: Stories, winner of the Juniper Prize in Fiction from the University of Massachusetts, tagged me in this game. His blog, “Fiction and History,” is well worth following. I’m tagging Claire Applewhite, a St. Louis mystery writer and former president of the Missouri Writers’ Guild, to tell us about her Next Big Thing.

So anyway, here are the questions and my answers.

What is the working title of your novel?

Do I have to tell??? I really haven’t decided yet, although I have a couple of contenders. But I’m going to take a pass on this question.

Where did the idea come from for the novel?

Even while I was working on Slant of Light, I was already at work on this one! I knew the story of these characters wasn’t over–there was a lot more to explore. My grand scheme is to keep going with this location as the cast of characters evolves and develops over time. As far as I’m concerned, it’s one idea with many books in it. 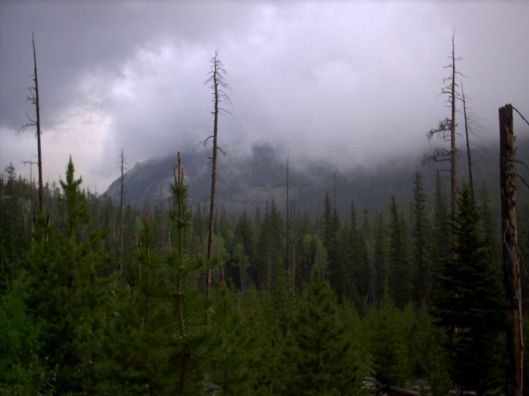 What genre does your manuscript fall under?

I’m going with literary/historical. I think of it as a mainstream novel that happens to take place in the past, which in my mind is different from a historical novel….my focus is on the characters, not the time period.

Which actor would you choose to play your character in a movie rendition?

For James Turner, I’ve always envisioned someone large but nimble, with incredible energy. The image of Burt Lancaster in Elmer Gantry comes to mind. For Charlotte Turner…..oh, the debates around my house! I have not yet found the person who conveys the requisite blend of toughness and vulnerability, resilience, and both beauty and practicality.

What is a one-sentence synopsis of your book?

With the ending of the Civil War, the surviving members of the Daybreak community strive to recapture the ideals that brought them together, discovering that old animosities are hard to quell and that the war has changed them all for better and for worse–and that the new era of materialism and individualism brings both opportunities and dangers.

How long did it take you to write the first draft of your manuscript?

Three years, off and on. I set it aside for about a year while finishing Slant of Light and embarking on its promotion.

What other books would you compare your story to within this genre?

Oh boy, that’s tough. OK…..imagine if Inman in Cold Mountain had not been killed on his journey, but had returned safely. What would have happened then? Would he and Ada have been able to realize the magical love that their early relationship promised? Or would the difficult realities of postwar life have dragged them down? What happens to the great love affairs when the soul-damage of a war intervenes? 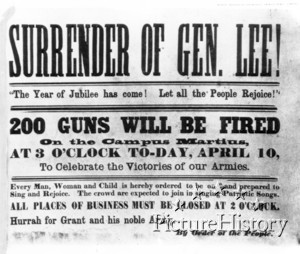 Who or what inspired you to write this book?

My sources of inspiration are many. But in the end, it all comes back to that one perfect reader, the person who turns every page with anticipation and sympathy, who is eager to accompany me on my journey through history and through the lives of all these characters.

What else about your book might pique the reader’s interest?

A whole host of new characters! If you thought Slant of Light had some good characters, wait till you see who shows up in the next book! A lot of the first novel’s characters return, but not all……there was a war, after all.

Charlotte stopped in the road about six feet in front of the man. She could smell him from where she stood. His overcoat was thickly stained, more dirt brown than blue. He did not appear to be armed, but you could never tell these days.

They regarded each other.

She waited. But the man seemed to be in no hurry to announce his business.

“We can’t feed you,” she said after a minute.

“So you didn’t. But you’d not turn down a meal if offered, I wager.”

My favorite Christmas gift of 2012! (Maybe…….I got some other great ones too.) The back has the bittersweet image alone, with my signature over the top. It’s a beautiful design! And yes, book fans can order one too…..here’s a link to the company that made it. A fantastic business with incomparable customer service.

“Good morning, I bought your book “Slant of Light” at my first meeting of the Saturday Writers. I started it Monday and finished it early this morning. It would have been finished earlier if the election had not taken over my life for awhile. I loved it. Well written, great story line and a pleasure to read. I am looking forward to a sequel. Thanks again for a wonderful read.”

Man oh man, what a way to start the day! Feedback from readers–especially feedback like this–is such a boost!

And yes, I’m working on the sequel…..with a dash more motivation than before.