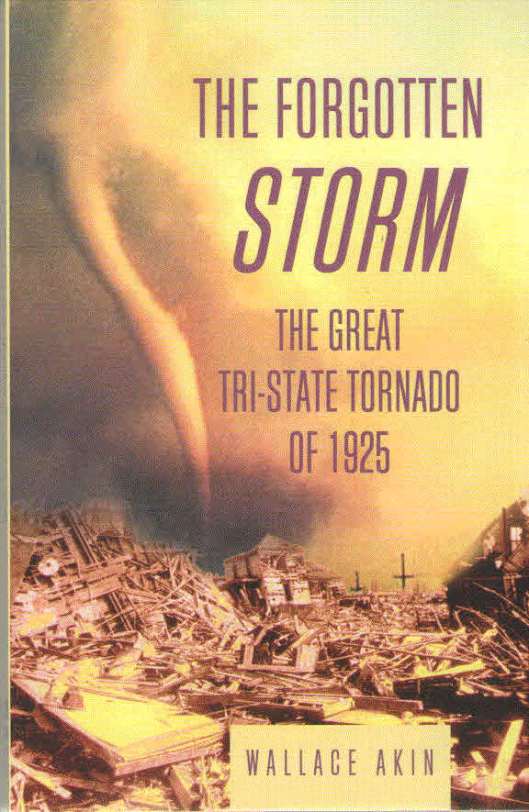 In a week when the news is full of terrible storms, I found myself reading this book in preparation for work on a future novel. The deadliest tornado (by far) in American history, this tornado killed at least 695 people as it raced through Missouri, Illinois, and Indiana for more than 200 miles, the longest tornado in history.

My family moved to Annapolis, Missouri, the first town destroyed by the Tri-State Tornado, in 1965, and at that time, forty years after the event, there were people around who had lived through it. I particularly remember hearing the story of the tornado from Mr. Vincent Sutton, a kindly gentleman who went to our church and had served as the mayor of the town for many years. His memory was of how fast the tornado arrived, and how little time anyone had to act.

In an era of satellite weather forecasting and instant telecommunication, it’s hard to recall what a tornado would have been like in 1925. This book (which, by the way, is written by a meteorologist and probably best appreciated by fellow meteorology fanatics) describes the arrival of the storm to the many towns it devastated. People going about their ordinary business, children at school, workers on the job, families at home; occasionally a sense of unease at the size of the gathering clouds; then the storm’s unimaginably swift onslaught.

Imagine an F5 tornado appearing over the horizon, traveling at seventy miles an hour, a path of devastation more than a mile wide, and no word of warning or sirens, because such a system had not yet been invented. No wonder the people who lived through this storm talked about it in tones of awe.